My past and current projects focus upon the use of tangible, tabletop and large surface interaction in the application domains of urban planning, collaborative problem solving, education, and decision-making. Here are some of my current and past projects.

The ReSurf project (Remote Collaboration Across Interactive Surfaces with Awareness Cues) is funded by the FNR under the CORE program and runs from 1.3.2022 until 28.2.2025. The project aims to explore and study how mutual awareness can be enhanced for a team that meets remotely with two wall-displays and jointly analyses data to take decisions. The idea is to design technological mediated cues that make the non-verbal communication (body posture, hand gestures and gaze) of a remote team accessible over distance, and visualise them, for instance, through pointers or annotations on the screens.

The FNR CORE ORBIT project (Overcoming breakdowns in Teams on Interactive Tabletops) aims at supporting adults in developing collaboration methods through new types of problem solving activities implemented on a tangible tabletop interface. These activities allow users to experience collaboration by jointly solving a problem and to cope with computer generated challenges on the way to solve the problem. 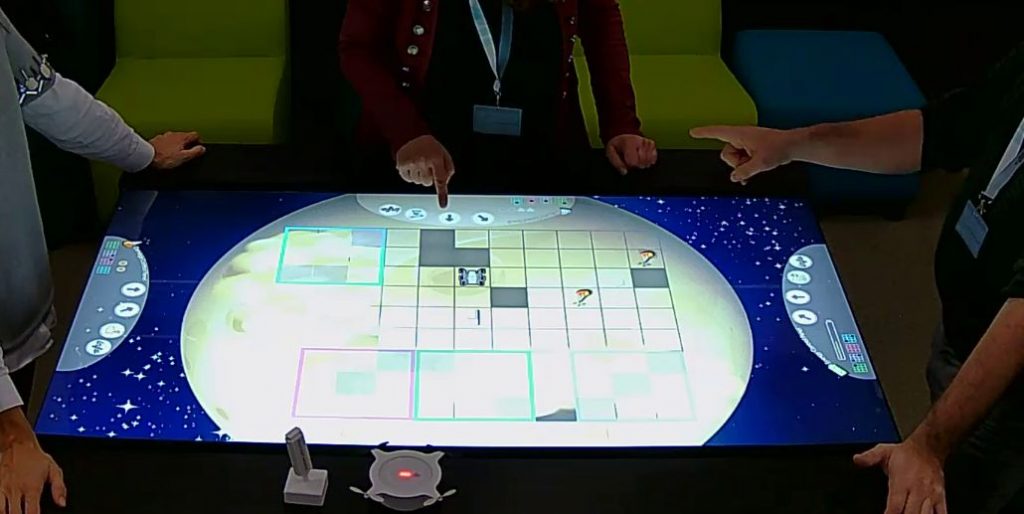 The application developed (called Orbitia) requires three users to plan a route, and steer a rover to find and collect minerals on an unknown planet while overcoming a series of limitations. To solve the task, they need to build a shared understanding and coordinate themselves.

Kniwwelino® is a technology-rich creative environment to learn coding and electronics. It contains a circuit board based on the Arduino® and Wi-Fi™ technologies and a block based visual programming interface. Kniwwelino was developed to provide a creative and hand-on approach to programming and electronics. We wanted to develop a new approach for fostering computational thinking, which is attractive and interesting to children, while being accessible and easy to use.

We tested Kniwwelino with more than 2000 children within the scope of workshops organized at different fairs and are currently collaborating with seven primary and secondary schools in Luxembourg to evaluate the feasibility of using Kniwwelino in the Luxembourg’s classrooms.

BIM4VET aims at promoting the coordination of BIM training offer in EU and raising awareness about the necessity to adopt a EU transparency of this offer. It consists in a first step towards a roadmap for European training curriculums.

As part of this project, we developed a tangible tabletop based prototype to support the recommendation of BIM trainings according to the available and required skills of a team. 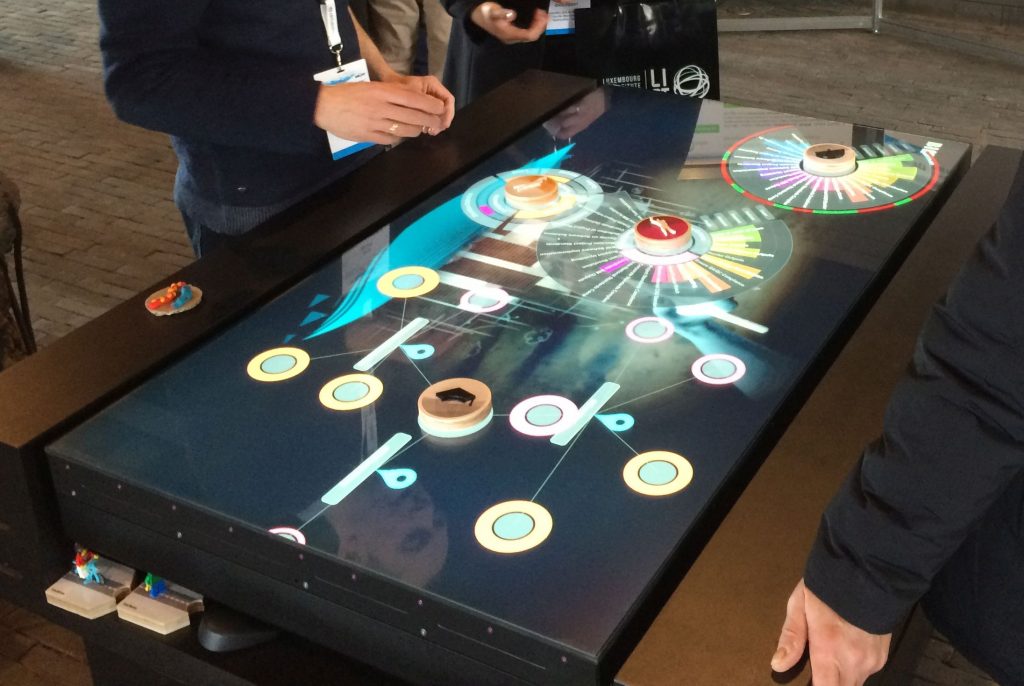 Within the scope of the ERASMUS+ project ReEngage and the H2020 Marie Curie IF Project GETUI, we have investigated how small Microworlds could be rapidly instantiated on a Tangible Table, with the aim to use them for pedagogical activities.

TULIP is a Java based software framework which we developed over the past years to faciliate the development of new TUI applications in our numerous projects. TULIP uses an abstraction layer to receive information from computer vision frameworks, such as reacTIVision, and a widget model based on MCRit to enable rapid application development.

TULIP can be downloaded from http://git.list.lu/nui/tulip 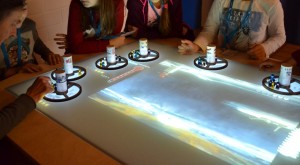 ooperation with CAPEL (Centre d’activités pédagogiques et de loisirs) from the city of Luxembourg, a TUI was co-designed to support children in understanding the impact of daily life decisions onto the CO2 emissions and the raise in temperature.

In 2013,  a first prototype has been developed, allowing the exploration of logistical infrastructure (e.g., roads, railway stations, airports, ports, …) on an interactive map. Via physical objects, users can manipulate the map, or activate different layers of information. This application has been developed within the scope of the INTERREG projects Weastflows, Lamilo and MUSIC and aims to support stakeholders in collaboratively taking decisions.

The prototype has been presented at the fair „transport and logistics 2013“ in Munich (June 2013), as well as the fair ICT spring in Luxembourg (June 2013). From July – September 2013, it could be visited in the Ministry of Sustainable Development and Infrastructure.

In this application domain, the use of tangible tabletops for assessing 21st century skills, such as collaborative problem solving, is studied. In collaboration with the pupils of Lycée Technique d’Esch, two prototypes have been implemented and studied in empirical evaluations: 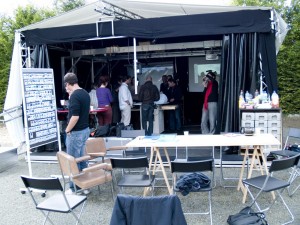 The MR Tent, a physical enclosing for a collection of MR prototyping tools, which can be used on the real site in an urban renewal process. The MR Tent provides a physical space with a table and several MR views of an urban site to help mixed groups of stakeholders collaboratively construct, explore and discuss their vision of a particular urban project. It was developed in a cooperation of Vienna University of Technology, Graz University of Technology and University of Applied Arts Vienna within the scope of EU funded project IPCity in 2006-2010.

You can find more information on http://www.icg.tugraz.at/project/ipcity/mrtent 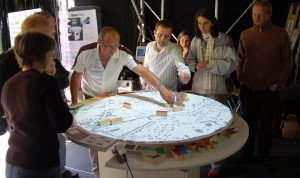 The ColorTable is a tangible tabletop supporting discussion and expression of different ideas around urban planning topics. It was developed at Vienna University of Technology within the scope of EU funded project IPCity in 2006-2010.

You can find more information on http://www.media.tuwien.ac.at/v.maquil/colortable.html